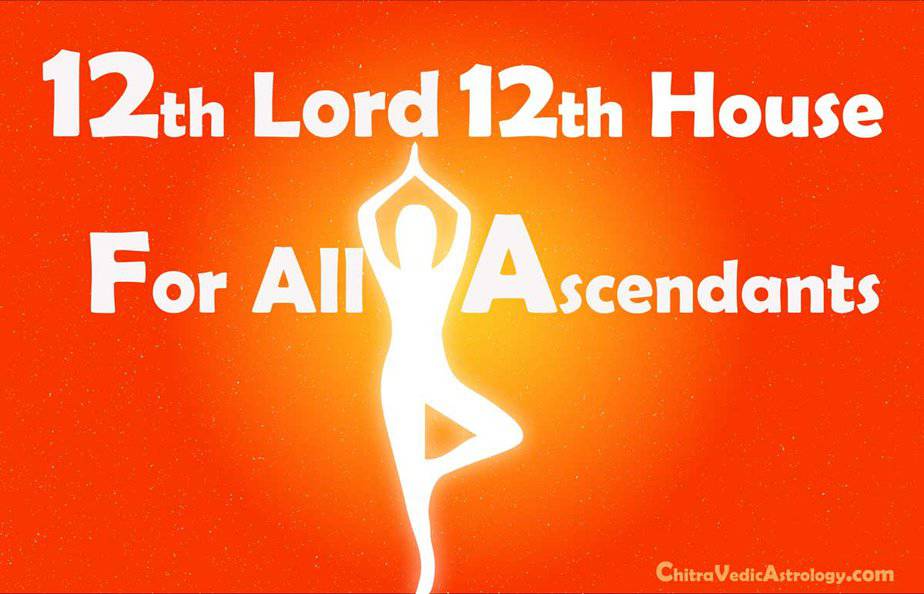 What Do It Means To Have The 12th Lord In the 12th House For Your Ascendant?

In general, the 12th Lord in the 12th house for all ascendants means that you’ll be quite content with the things that reside in the twelfth house. It’s quite a simple analogy, as the 12th lord is residing in its own house, making you quite confident about the entities of this house. This, as a person, makes you quite a strong person that can fight against any addiction, and you’re less prone to falling for any kind of addiction in the first place. Unlike other 12th house placements, you’re quite balanced when it comes to your enjoyment in the bed pleasures, and you don’t turn sex into an addiction, or crave it obsessively all the time. You’re very composed, and exercise everything in moderation.

Additionally, the presence of the 12th lord in its own house shows that you’re more than happy and okay to be alone, and you’re not the type of person that needs other people in life to function properly. For you, it doesn’t matter if you’re friends with a lot of people or not, you’re okay with both of these situations. The same is the case with you being away from home. You’re someone that prefers and wants to go abroad and away from home, establish a business in foreign lands and live your life there. You’re accepting of all of the things that the 12th house has to offer, and that is what makes you successful and powerful in life. You have little to no regrets in life, whether you missed an opportunity, had a secret relationship with anyone in the past, or anything at all. You disregard it as the past and live your life in the now.

The 12th lord Sun in the 12th house for Virgo Ascendant means that your personality elements, which include your self-esteem, ego, and many other things, really get positively developed when you talk with people in an overly private setting. Even in your early years, you were quite a solitude loving and introverted, and you tend to enjoy the most when you’re by yourself. When you’re with people, you want to be in a corner and communicate with them privately, instead of speaking out in the open. However, that doesn’t indicate any lack of confidence. You’ve always had the confidence to do anything, just that your comfort lies in a place where there aren’t a lot of people or a crowd looking at you. You believe that’s who you are, and you’re confident in that. You know that you best express yourself privately, and not in the open. Furthermore, this placement indicates that your father is someone who did a lot of traveling, and through his excessive traveling, you developed your egoistical values and your high self-esteem. People with this placement often have jobs in the governmental area, as that is what the Sun represents.

The 12th lord Moon in the 12th house for Leo Ascendant means that you have a strong emotional connection to the world that is private. A crowd-less world where you’re comfortable. You’re not confident in openly having conversations with people and exchanging opinions. Instead, you’re more accustomed to a private setting. In a similar sense, like most Moon placements, you’re an overly dreamy person as well. You love dreaming of a life that is far more ideal than the one you’re living, and achieving that status in your life is something that keeps you going. You’re also always the person that is behind the scenes. You’re the person that has a big hand in people’s success and nourishment, and even though the world might not see the efforts you put into other people, you’re not concerned about it. You like being in your own private and dreamy world. That being said, people with this placement are often the ones who work in places like jails, asylums, and hospitals, as more often than not, these are the places where true nourishment happens. This type of Moon instills the urge to serve other people inside you, and that’s what makes you a great nourisher.

The 12th lord Mercury in the 12th house for Cancer and Libra Ascendant means, like all 12th house placements, that your communication is highly private. Even when you were growing up, the way you communicated with your family and friends was privately and calmly. Mercury in this placement gives you the mental skills to always view things analytically and logically. You don’t get swept off your feet ever, as you calmly look over things and try to decode situations using your top-tier analytical skills. People like you are more prone to go to distant places and study science or complex subjects in their solitude, rather than be in large groups and have a lot of interaction with other people. This is also why people with this placement make great writers and artists, as you have direct access to the private sides of life at a tap. Moreover, great accountants are also often seen from this position, or more specifically, the type of people that are running the show from behind the curtains.

The 12th lord Venus in the 12th house for Gemini and Scorpio Ascendant means that the relationship you form with other people, whether platonic or romantic, always occurs behind the scenes. This means that you’re a person with a lot of secret friends and lovers, and even when you’re going into your settled and mature life, the way you will find and stumble upon your future spouse will be through a very secretive way. For the males reading this, you have a high chance of meeting your wife in foreign lands, where either you’ll be the person going abroad, or your wife will be the one coming from foreign lands and meeting you. In this particular placement, Venus is a planet that instills many artistic passions and talents inside you. You’re prone to lurking in art galleries and wandering outside to gather inspiration for a new art design. This is because the imaginative qualities in you flourish, especially when Venus is ruling the 12th house. The mind becomes the habitat of great artistic ideas that are highly full of life and creativity.

The 12th lord Mars in the 12th house for Taurus and Sagittarius Ascendant means that people like you have a lot of untapped hidden potential inside them. You’re extremely good at a certain domain, but the people around you are oblivious to it, and you’re someone who never shows off their skills. You don’t like exposing yourself to a crowd, and would rather stay lowkey all your life. Oftentimes, meditation teachers and yoga gurus are seen from this placement, as people like you love to go into distant and solitude-inducing places where you can practice your spirituality teachings and meditate in just your own company. Hospital workers are more likely seen from this position, as the 12th house is also called the house of the hospitals. However, on a negative note, this position also induces a criminal mind inside people, and oftentimes, people with this placement on Mars end up being involved in criminal activities, whether directly or indirectly. This is because Mars is a very aggressive planet, an entity that is very fiery and active, and it instills those qualities inside you. These fired-up feelings are often seen in bed pleasures, as people like you tend to get a bit aggressive with their partners when they’re in bed, which only shows how you enjoy sexual pleasures, and how bad you want your partner at that particular moment.

The 12th lord Jupiter in the 12th house for Aries and Capricorn Ascendant means that you will be finding the best of your teachers and your gurus in distant foreign lands. People like you are often those that start their early education away from home and spend most of their life away from their birthplace. Education for you, in this placement, is something that happens behind the curtains. Whatever you do in this life, no matter what career you choose, in the end, you’ll find yourself surrounded by the things that reside in the 12th house. That’s the most significant thing regarding this placement. It always aligns you with the things and aspects of its own house. With this Jupiter placement, high morals and lust for spirituality are highly seen. People like you go to lengths to learn about spirituality as much as you can and enlighten themselves with the truth of the world, and the truth of peace. Same as some of the other placements of the 12th house, you’re a person that would rather go into jungles and mountains to study, rather than pay for a degree from a university. This happens because of the influence of the 12th house on your personality, which makes you love private settings, especially when it comes to getting an education from your gurus. Furthermore, a lot of divine intelligence is present inside you. People like you are blessed with a stream of knowledge and intelligence that comes from a higher divine source, something that even you can’t fully understand.

The 12th lord Saturn in the 12th house for Aquarius and Pisces Ascendant means that your reach to the 12th house things will be quite restricted. Even though this placement makes you highly content, it instills a lot of strict discipline and a knack for organizing everything, especially when it comes to the things of the 12th house. Spirituality, philosophy, and religion, these things aren’t some teachings or divine aspects for you; they’re more like chores that you have to get over with. This often happens due to you having strict gurus or parents during your early childhood who made you learn these things even though you didn’t have much interest in them. Saturn likes to put boundaries around the material things for people with this placement, giving them access to only things that revolve around spirituality. 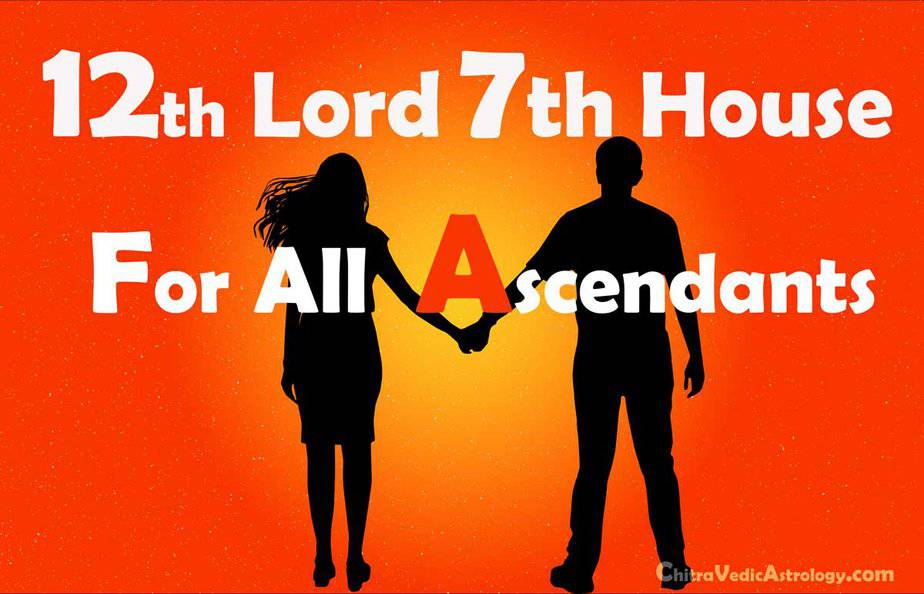 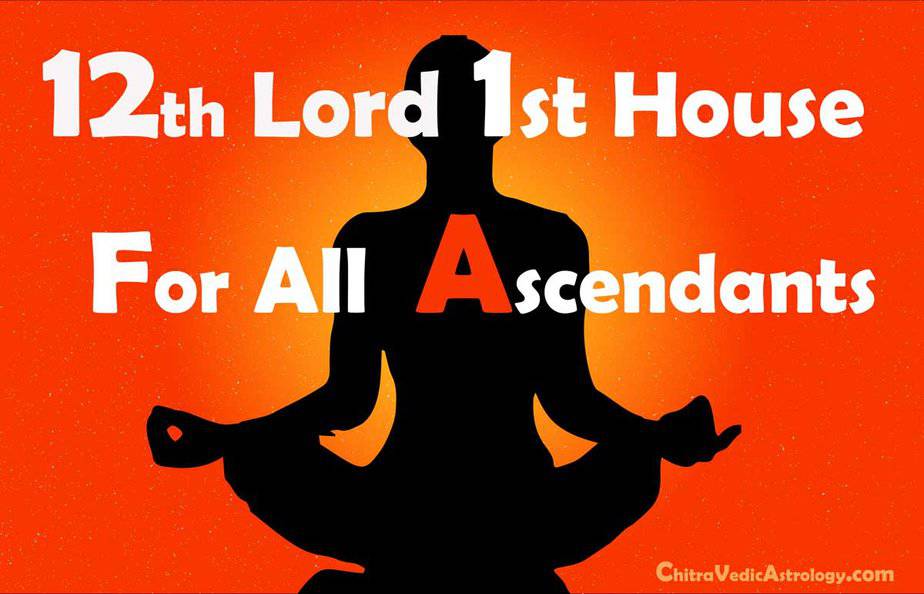 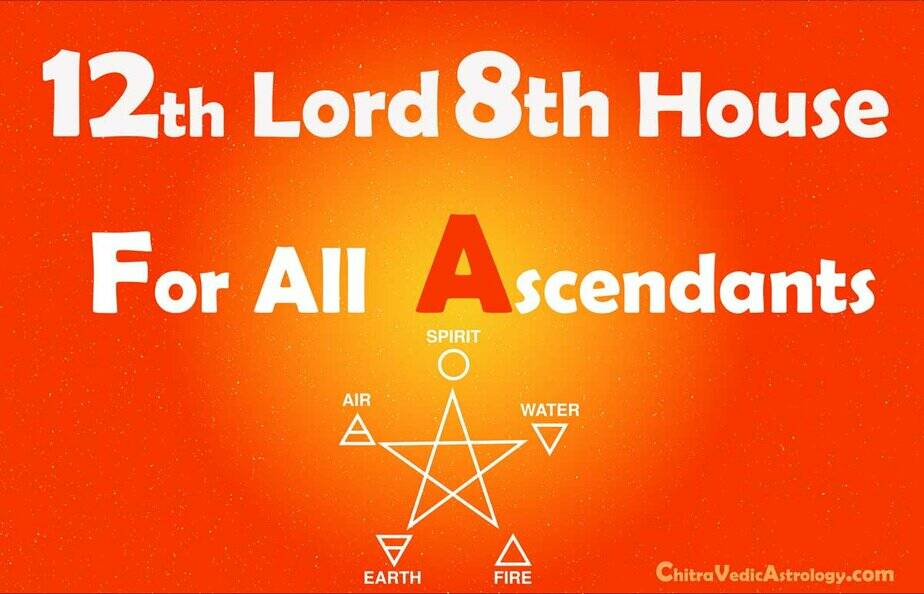