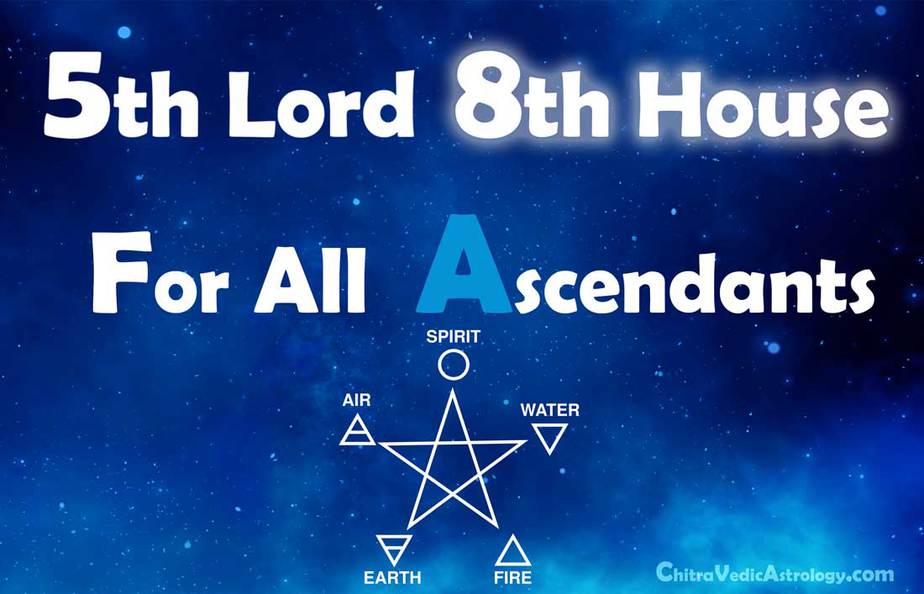 Meaning of the 5th Lord in 8th House for All Ascendants

The 5th Lord in 8th House general meaning for all Ascendants means that sexual relationships with other people bring out your creativity. Your inner self-expression only shines when you’re sexually involved with someone. As it already suggests, people like you with this placement are highly sexual. All of your creativity comes out when you’re in bed with someone, and you get creative with toys, positions, and a boatload of other sexual stuff. The fifth lord going into the eighth house means that you’ll be having kids in secrecy. You might be married to someone and have a loving relationship, but also have a kid with someone you might have had a one-night stand with. This can also mean that you keep many secrets from your family, especially when it comes to your children. However, at the same time, this placement shows a future where you might have to deal with little kids that were abused in some way, whether mentally or sexually. This is why people like you often go into the psychology profession, as they deal with both children and adults that were abused in their life. Secrets are a major part of this placement, which is why you might also go on in life to be a part of a secret cult or society as well. Additionally, the fifth house is also a significator of gambling. This shows that either you win a big gamble or a lottery and become rich, or lose your fortunes in the same way.

The 5th lord Sun in the 8th house for Aries Ascendant means that your ego and self-esteem are at an all-time high only when you’re sexually dominating the other individual. You’re a very sexual person, and your creativity is high when you have a certain power over the other person. The Sun here is a representation of the father. This placement shows that you might have had a very abusive relationship with him throughout your life. Due to this dramatic and abusive life that you have lived, the Sun has affected your personality. It’s much more secret, and the people around you have no idea what sort of stuff you are into. You can be very cunning at times, and find ways to take advantage of people without giving them a single clue about your intentions. You also tend to go after other people’s business and assets and have the urge to dominate others not only sexually, but in all parts of life, especially business.

The 5th lord Moon in the 8th house Pisces Ascendant means your mental health and balance are constantly disturbed. You live a very unstable life, which comes with a large number of ups and downs. Especially in relationships, you feel a lot more unstable than you usually do. You always feel like you can’t get control over your emotions, and end up hurting yourself and the other person unintentionally. Whether it’s a relationship with your mother or your spouse, you start feeling highly unstable emotions as soon as hardships start to pour in, and you keep feeling like until things get leveled. This also shows that you depend on your partner emotionally, and tie your mental health to them as soon as you get into a relationship. You put emotions towards the sexual side of the relationships you have with people. This placement also denotes a high level of drama and an abusive relationship with the mother in your past. However, she was always the only one standing by your side and saving you from the most traumatic experiences in your early years of life.

The 5th lord Mercury in the 8th house for Taurus and Aquarius Ascendant means secret communication with other people gets your creative expression better. You love to explore and deal with secrets, and in doing so, you express higher levels of creativity in your self-expression. Since Mercury is a significator of writing, this shows that writing and communicating secrets is done a lot by you. Another quality Mercury instills in you, in this placement, is making you extremely sexual. A single sexual partner doesn’t entice you at all, which is why people like you often have sexual relations with 5-7 people, at the same time. The secretive communication, as mentioned before, stretches towards your children as well. You’re not the type of person to yell at your kids in public. Instead, you’d ignore it in public and give them a lecture once they’re back home. High intelligence is also denoted here by this placement, where people like you often pour their minds into the occult side of life. Great managerial skills are given by Mercury here, allowing you to use your mind to manage the emotions of other people as well as their assets.

The 5th lord Venus in the 8th house for Gemini and Capricorn Ascendant means two different things. First of all, you’re extremely sexual. Secondly, your self-expression and your creativity thrive the most when you’re, in secret, forming relationships with other people. Venus here is a significator of relationships and love, which gives you this personality trait. People like you don’t form relationships just for the sake of it. You like connecting with other people, being close to them, and having secrets with them. Having a secrecy-loving personality, people like you aren’t prone to displaying affection to your loved ones publicly. You’d rather be in a private setting and shower your loved one with affection rather than in front of people. In front of people, you’re a nice and clean person, but in the privacy of your own company, you’re a wild and sexual person that is hard to tame. Venus being a significator of currency also shows that you might invest a lot of money in currency. However, the results of that investment depending on how strong the planet is.

The 5th lord Mars in the 8th house for Cancer and Sagittarius Ascendant means you want to have sexual dominance over other people. Though you might seem okay on the front, there’s a lot of anger beneath that mask. The reason for all your lashing out on small things is also because of this hidden anger. Mars, as we know, is a fighter. Consequently, this aspect is instilled inside you as well. You’re the type of person that can fight to kill if need be. The hot planet denotes your high willpower and strong energy that, if tampered with, can lead to dire consequences. On the outside, people perceive you as a quiet person that they can take advantage of. However, when they try to, you can easily show them what you’re capable of, and why it’s a bad decision to mess with you. Along with this fighting spirit, there’s a lot of sexual craze inside you as well, and having a secretive personality, people like you have a high aptitude for being a quality spy for the government.

The 5th lord Jupiter in the 8th house for Leo and Scorpio Ascendant means that you’re quite energized in terms of mysticism, spirituality, and philosophy. People with this placement often go into astrology, or become guiding gurus for people and provide counsel to those around them. For you, religion isn’t a very intriguing subject. You don’t believe it to be the only higher knowledge gateway. On the other hand, the mysteries of the world and uncovering them is what gets your gears running. You want to explore the mysteries around you and find the hidden truth of the world. You tend to question a lot of higher values, especially when it comes to religion. You have a hard time believing in something you haven’t seen or experienced yourself. Additionally, a transformation of your personality through your gurus is seen from here, since Jupiter signifies the gurus and teachers in your life. They’ll play a big role in shaping and developing your personality into who you are today.

The 5th lord Saturn in the 8th house for Libra and Virgo Ascendant represents the delay in children. People like you tend to have children very late in their life, as opposed to the majority who take this responsibility a bit early. You feel like working hard is what defines the creativity inside you, and that’s why you put a lots of effort into your work and work as hard as you can. Life and death dealings are often seen from this placement, which could be anything from being a nurse to running a mortuary business. Saturn is a significator of death, which is why professions like autopsy investigators and graveyard diggers are also seen with this placement. Much rarely, Saturn here also denotes the aptitude for an insurance business for people with this placement. However, the creative expression within you only comes out when you dig deep into things to find out the truth beneath. 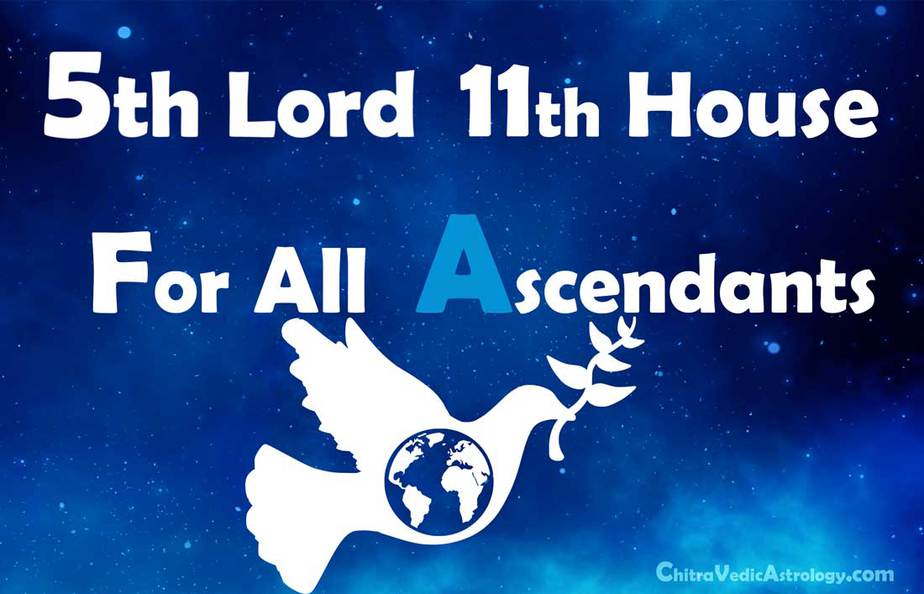 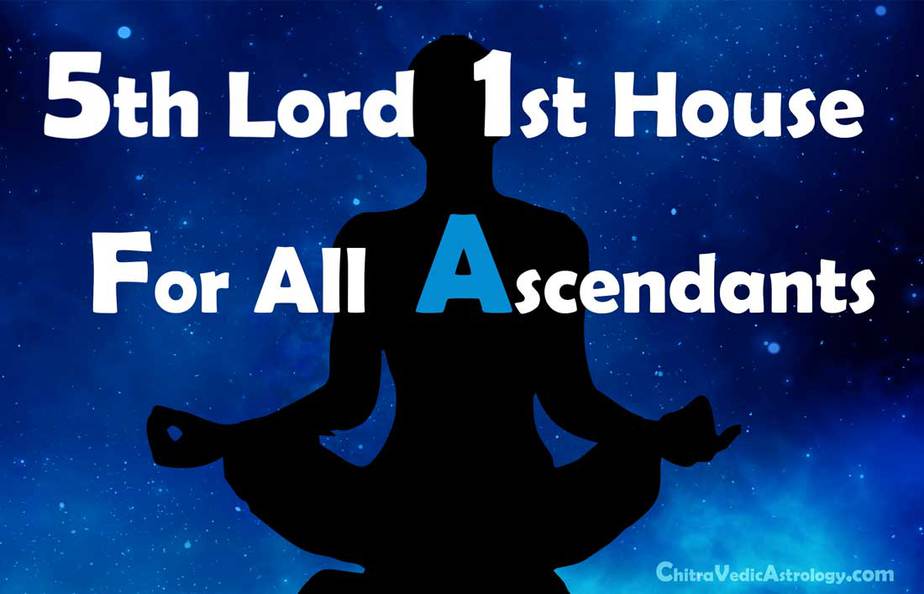 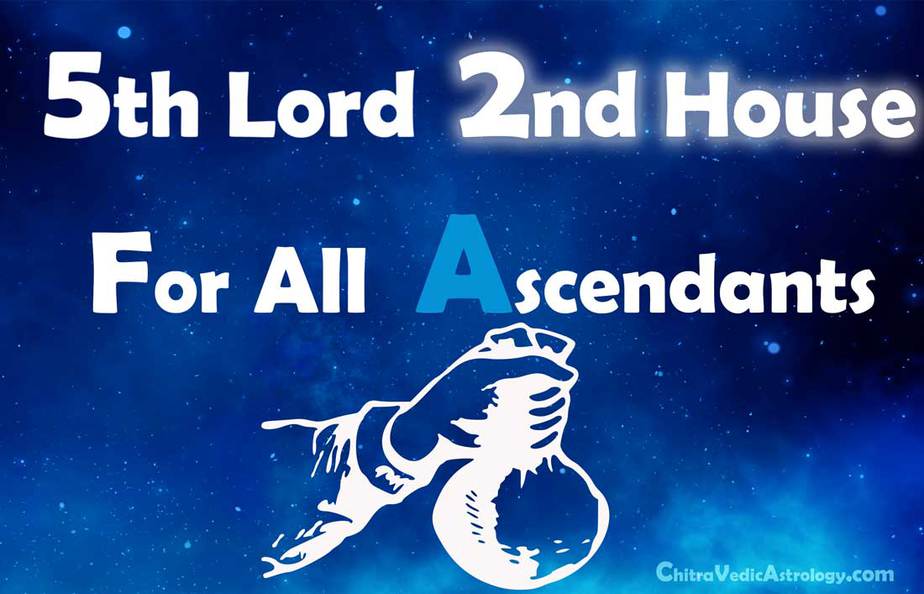 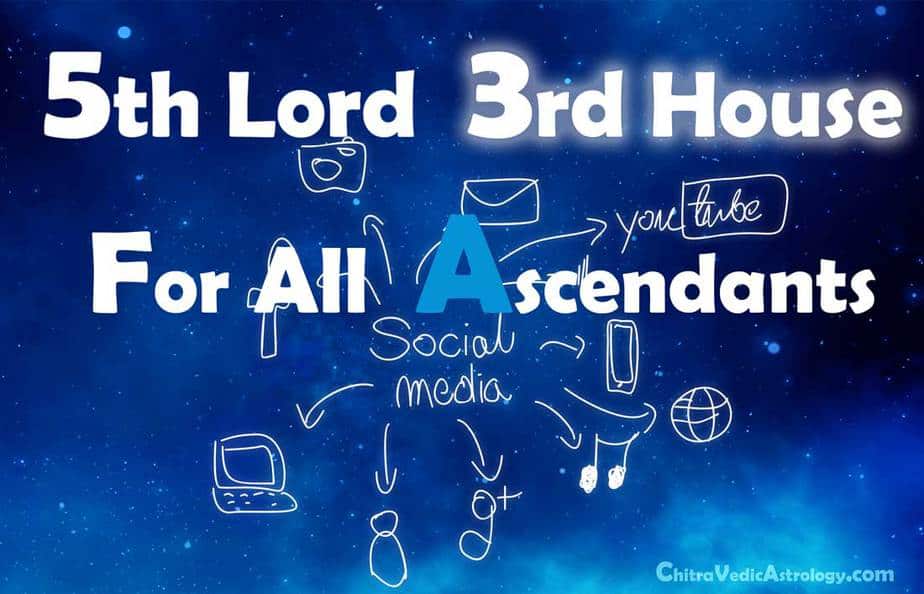 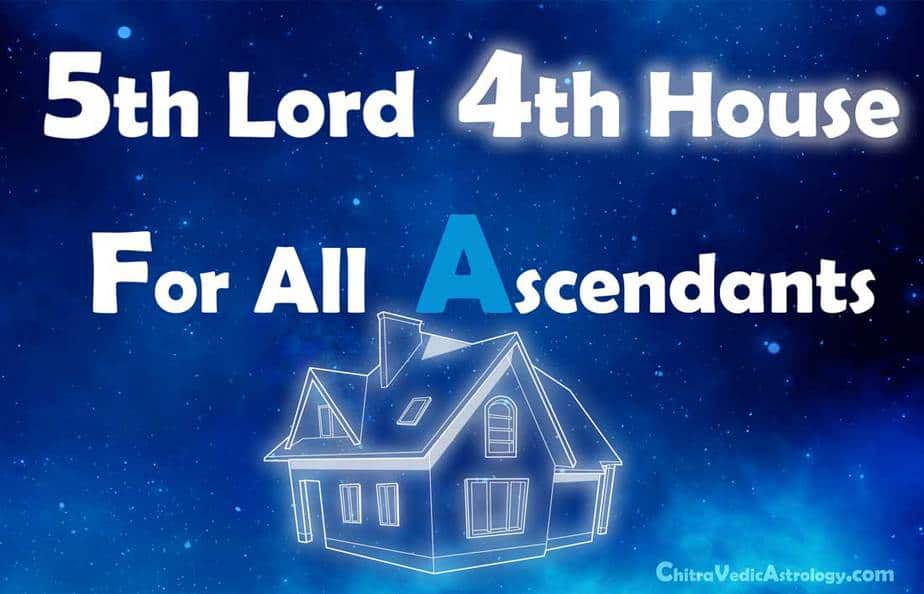