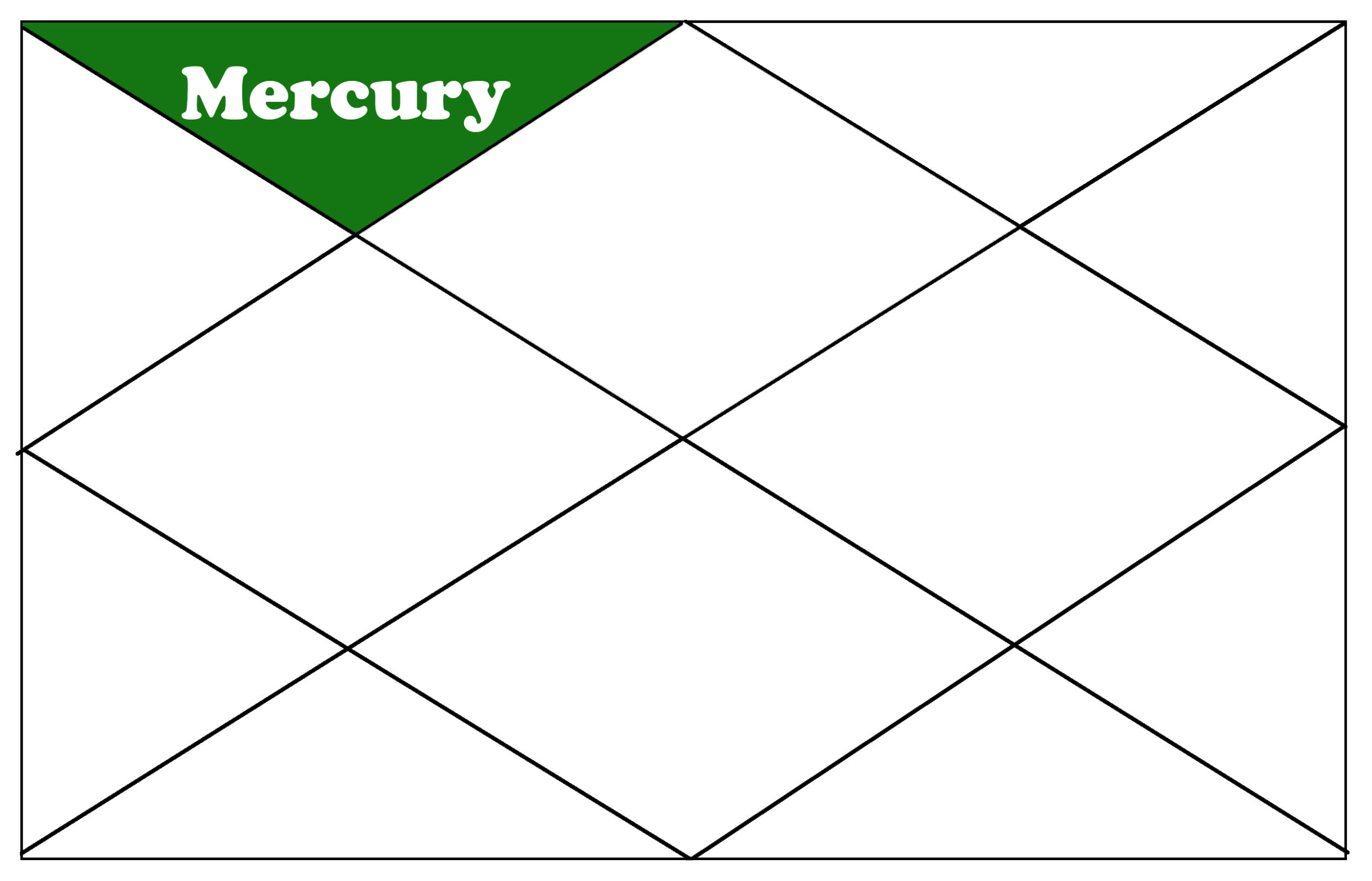 Mercury is a karaka of skills, wherever Mercury is positioned in your birth chart is where the native have natural skills. Mercury in the 2nd house in Vedic astrology gives the native a natural talent for managing finances and resources. The native has skills in marketing, business, and income management. The native is calculative with managing personal wealth and income. The native may have a spreadsheet budgeting all income and expenses. Even if the native doesn’t keep a physical document of their resources they sure keep a mental spreadsheet of all their assets.

Natives are highly intelligent when it comes to their own money and investment. Wisely, using your intellectual mind can assist you with making money throughout your life. Your logic is also highly developed through your family lineage. With positive family influence, you may have been taught to talk early as a child The 2nd house is an indicator of early childhood; the planet Mercury in the 2nd house denotes that communication skills were developed early in life and were highly influenced by the natives family. Because communicative skills were developed so early in life, the native is skilled at using their words to vocalize their opinion. If Pisces rules the 2nd house, or the ruler of the 2nd house is positioned in the 12th house of foreign languages; the native may be skilled in a variety of foreign languages.

Mercury in the 2nd house in Vedic astrology gives the native a natural skill to use their voice as an instrument. You can be a trained vocalist or even a professional singer especially if Jupiter or Venus is conjunct or aspect Mercury in the 2nd house. Venus gives a sweetness to your tone of voice and Jupiter expands your vocal range. The singer Whitney Houston has an aspect from Jupiter to her 2nd house of voice and Christian Aguilera has Jupiter position in the 2nd house. Both artists have an extraordinary range of vocals and the skill to use their voice as an instrument.

The 2nd house indicates the types of food the native consume. Since Mercury is versatile it shows that a person with this position loves eating a mixed variety of foods. You love eating food that is a mixture of sweet, sour (acid), astringent). Mixed foods intrigue your taste buds. 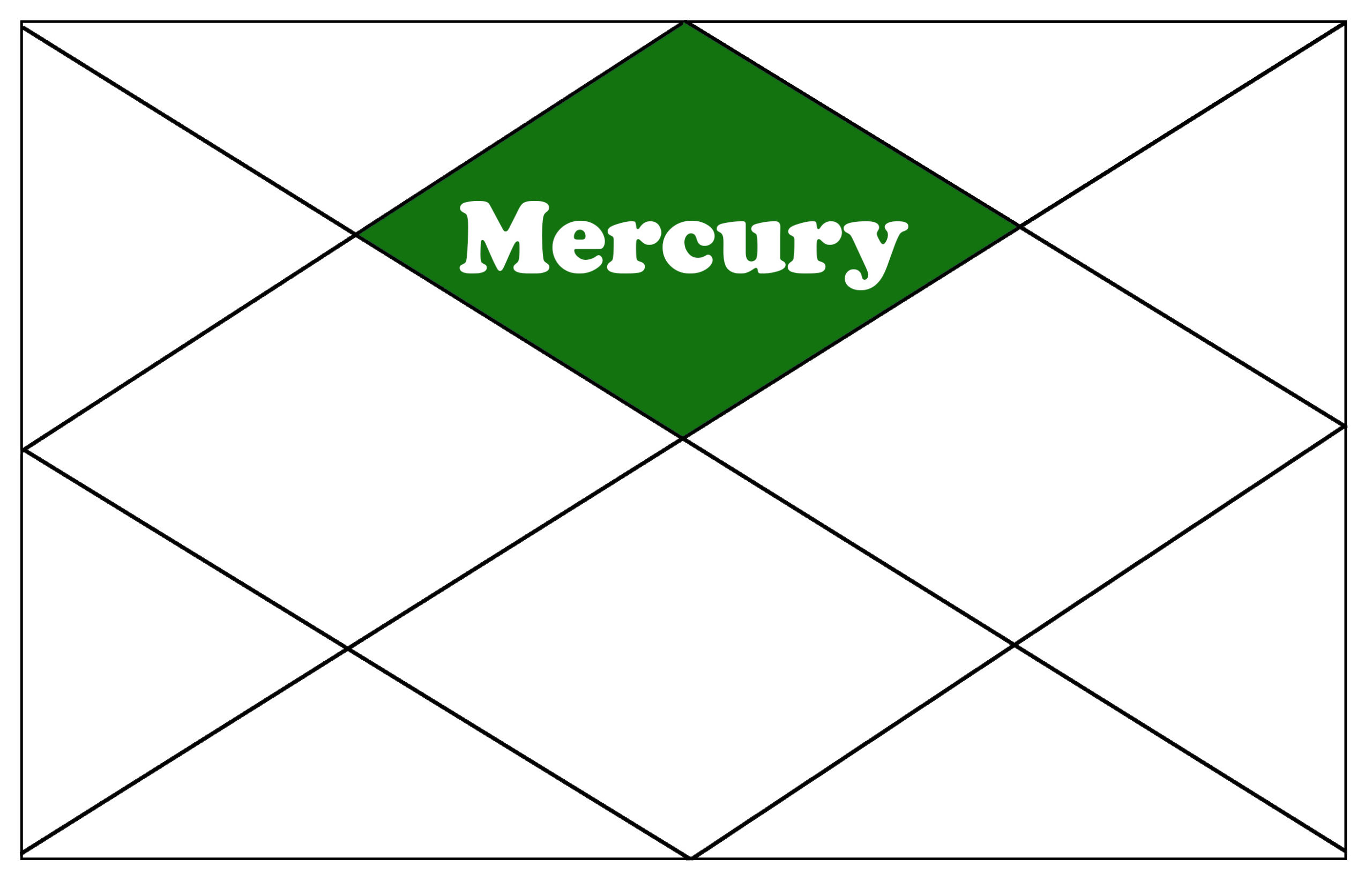 Direction Strength Mercury in the 1st house has direction strength because it rules logical intelligence. The 1st house represents the brain and mind. Our… 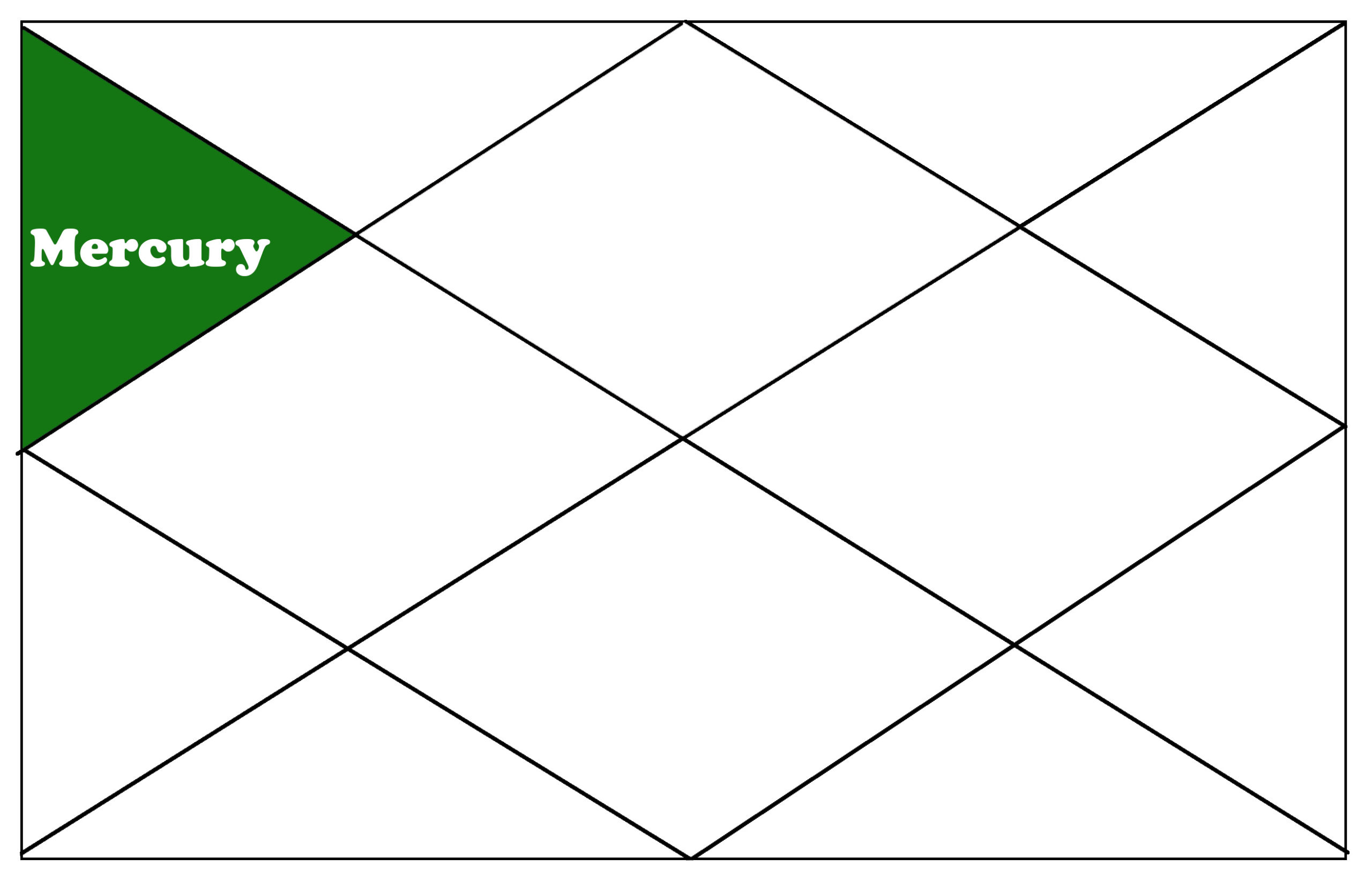 Mercury in 3rd house – Communication, Writing, Charismatic The 3rd house is the planet Mercury moolatrikona (home) sign; Mercury is comfortable in this house…. 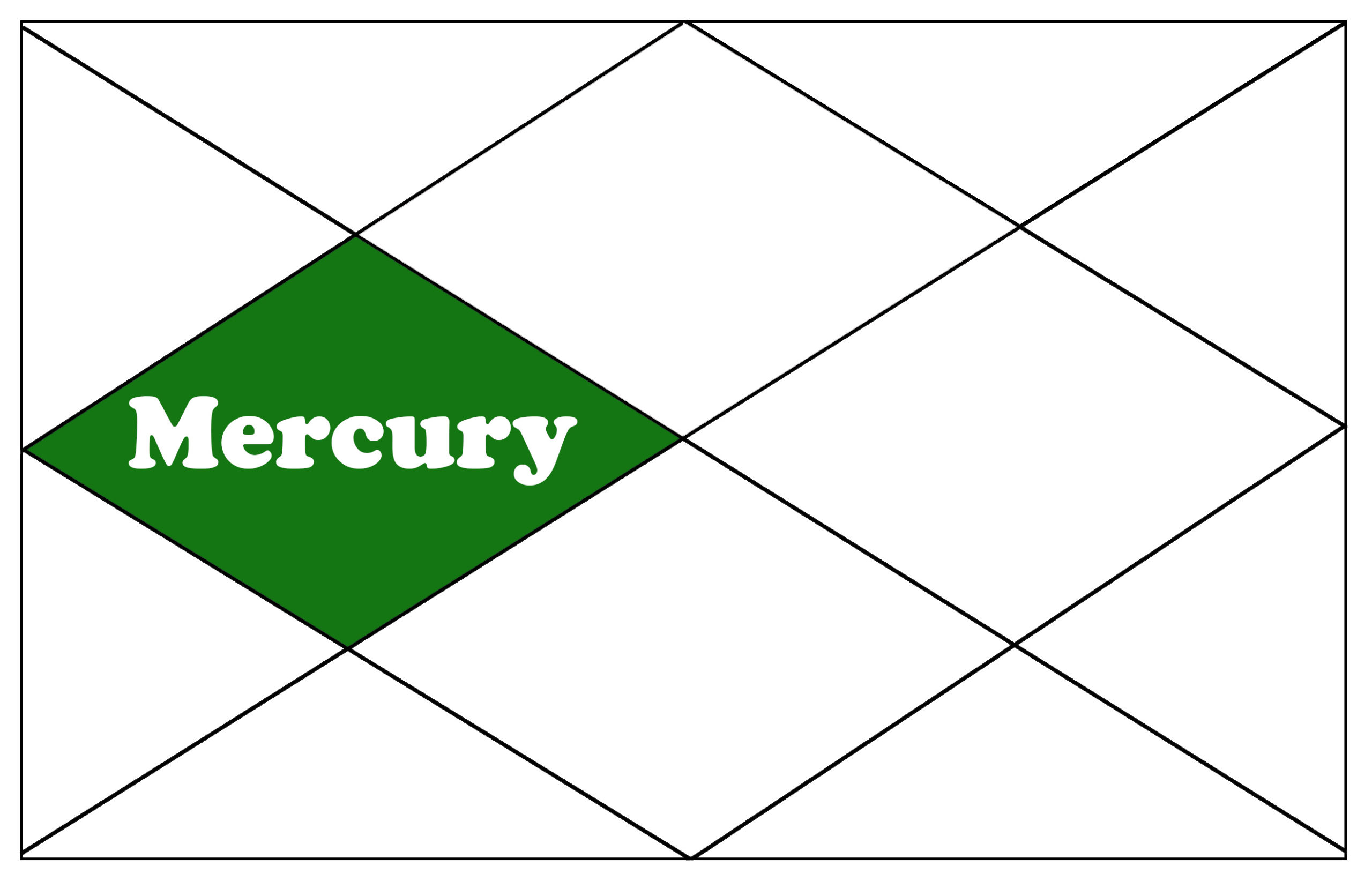 Mercury in the 4th House Mother The 4th house is an indicator of your mother and your relationship with your mother. If Mercury is… 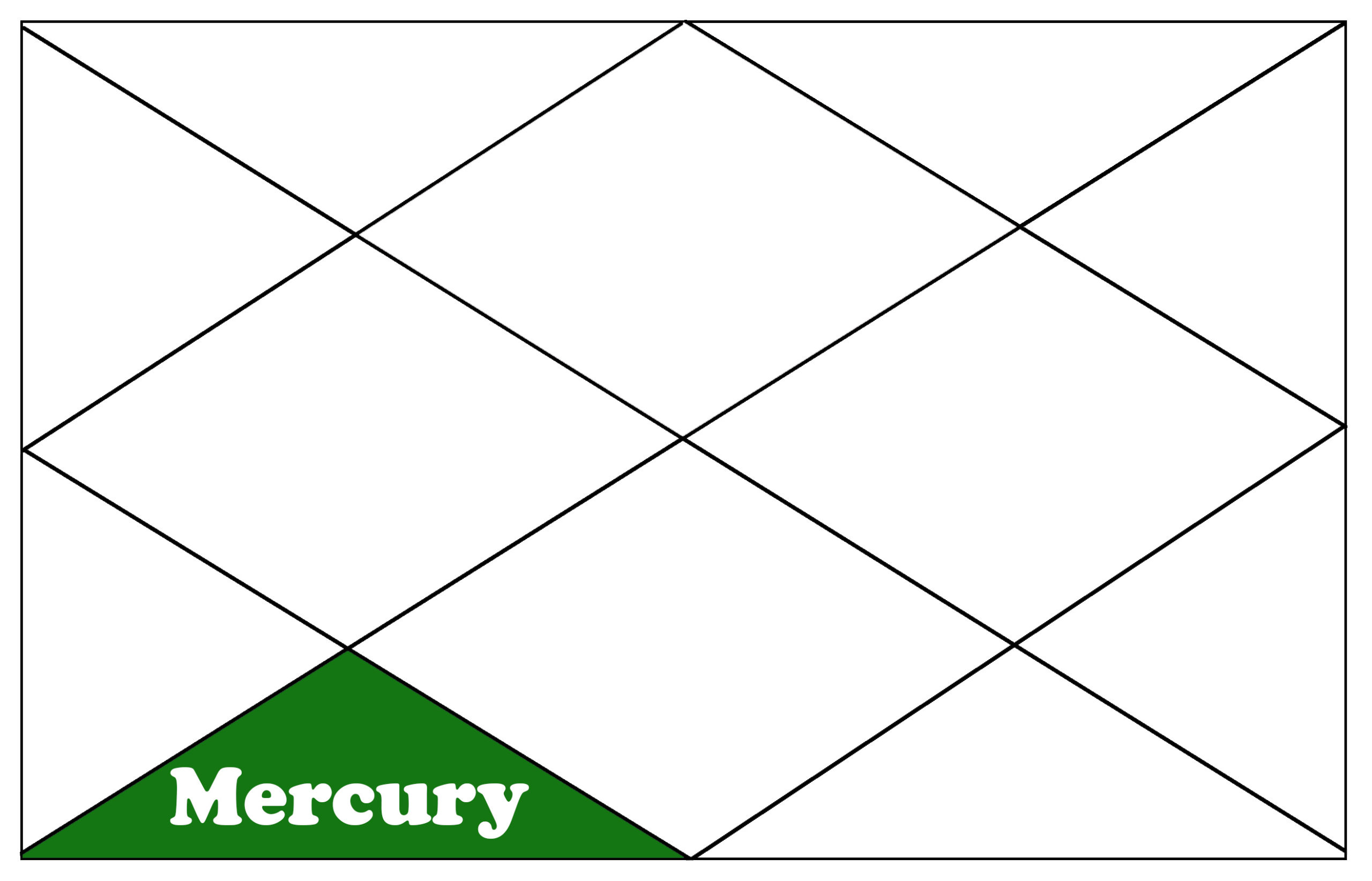 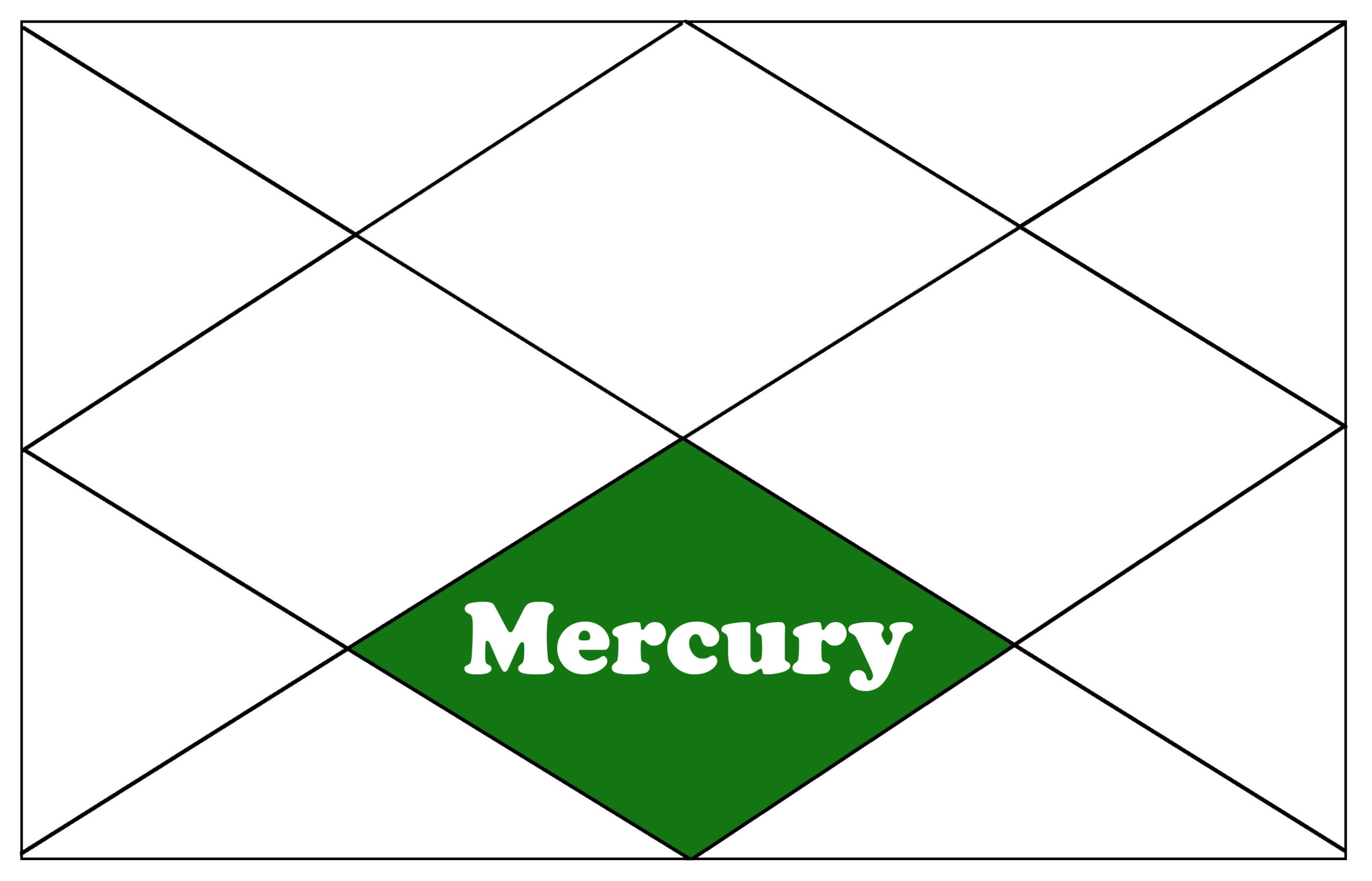 How Mercury in the 7th House and Your Personality? The dual function of Mercury – gathering information and then distributing it – is seen…